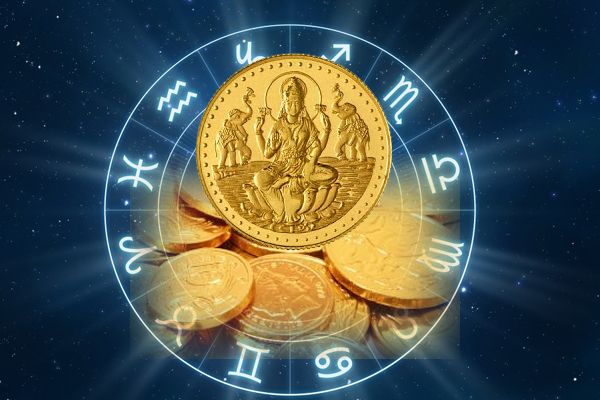 English word Astrology comes from Greek language. Astrology in Greek is “Astra” and “Logos,” where Astra refers to the star and logos means logic or reason. Thus, Astrology, according to Western language is the study of celestial bodies (planets and stars).

Hindu Astrology is believed to be about 5000 years old. Numerous scholars have contributed to Vedic Astrology. Sages like Vashistha, Bhrigu, Garga, Jaimini, Parashar etc. were the pioneers of Vedic astrology. However, it is impossible to date when these Vedic scholars lived and when they wrote these treaties. Furthermore, the same scholar is mentioned on various Vedic and post Vedic literature belonging to the different eras. For instance, Vashistha is mentioned as the first Vedic composer who is credited with numerous verses in Rig Veda and also as Lord Rama’s guru. There is a wide gap between these two periods. Perhaps, these were different Vashisthas. Likewise, Parashara is the name of Vashistha’s grandson and father of Vayasa, the compiler and editor of the Vedas; however, Parashara who wrote Brhad Parasara Hora Sastra is believed to have lived in 600 CE.

Even though there is a difficulty in placing ancient Hindu scholars in the exact time frame, we must agree that there were men by these names who created great works. One such name is Bhrigu, who is considered to be the son of Brahma, the creator himself.

Bhrigu Samhita by Maharshi Bhrigu is probably the first complete treatise on Vedic Astrology. Before Bhrigu wrote Bhrigu Samhita, treaties on Astrology written by various sages appeared on Rig Veda and Yajur Veda. However, Bhrigu wrote and compiled astrology theories in one complete book. Since Bhrigu wrote the first complete book on Vedic Predictive Astrology, he is symbolized as the father figure in Hindu Astrology. In the early days, books were not written on paper, they were memorized as scripts were not developed. Later, when the script was developed people copied books on tree barks. Therefore, a lot of Hindu books were lost completely or survived in portion. Even though Bhrigu compiled 500,000 horoscopes on Bhrigu Samhita only some fragments are available. It is said and about 45 million horoscope charts could be drawn from the 500,000 horoscopes written by Bhrigu. Had the complete work of Bhrigu Samhita survived, it could have been an encyclopedia of past, present, and future events.

Hindu Astrology is an ancient tradition with its roots in the Vedas. The astrology branch of the Vedas is called Vedanga Jyotish. Some of the earliest texts on Vedanga Jyotish are Surya Siddhanta and Bhrigu Samhita, which are believed to be composed 3500 BCE. Vedic Astrology is the study of the planets and the stars and how these celestial bodies influence human beings.

Vedic Astrology has two branches, predictive astrology, and mathematical astrology. The Predictive astrology states that the nine planets guide human being’s life. The placement of planets at the time of the birth, planetary cycles, etc. determine whether planets make people suffer or cherish. In fact, Vedic Astrology tells us that the way we are, the way we act, the way we think, the way we achieve or lose, everything is determined by the planets. The mathematical part of Hindu astrology is basically Hindu astronomy that not only examines celestial happenings like eclipses, but also forecasts weather etc. This is the most interesting thing about Hindu astrology which is missing in other types of astrology.

Contribution of Varahamihira in Vedic Astrology

Varahamihira also called Varaha Mihira is one of the influential figures in India whose works range from astrology, astronomy, mathematics, architecture, engineering etc. In fact, he was a polymath who wrote books like  Pancha-Siddhantika, Brihat-Samhita, Brihat Jataka etc. Varaha Mihira lived in the early 6th-century in Ujjain, Madhya Pradesh, India.

Pancha-Siddhantika by Varahamihira is one of the notable books on Hindu Astronomy. It is dated 575 Common Era. The book is mainly a summary of ancient texts on astronomy by various Hindu sages, which are now lost. Thanks to Varahamihira that we can still learn about the contribution of Hindu sages on Astronomy theories. Pancha-Siddhantika, literally Commentary on Five Treatise, is Varaha Mihira’s interpretation and summery on Five Astronomical Canons.

Varahamihira’s contribution to Vedic astrology is immense, however, he also seem to have been influenced by Western astrology, or Greek astrology to be precise.  In Brihat-Samhita, he went on saying that the Greeks should be appreciated because they have honored our science.

Pancha-Siddhantika is a seminal work on Greek, Egyptian, Roman and Indian astronomy. Romaka Siddhanta (literally, Doctrine of the Romans) and the Paulisa Siddhanta (treaties of Paul of Alexandria) are two major books among the Five Treaties as explained in the Pancha-Siddhantika by Varahamihira. These two books, which are basically based on Hellenic Astronomy and Astrology, had tremendous influence on Varahamihira

Varaha Mihira’s was not only expert in Vedic Astrology, but also on Western Astrology. The mathematical charts and tables created by Varaha Mihira’s are heavily influenced by Greek astronomy.

Brief Analysis on Birth Chart According to Hindu Astrology