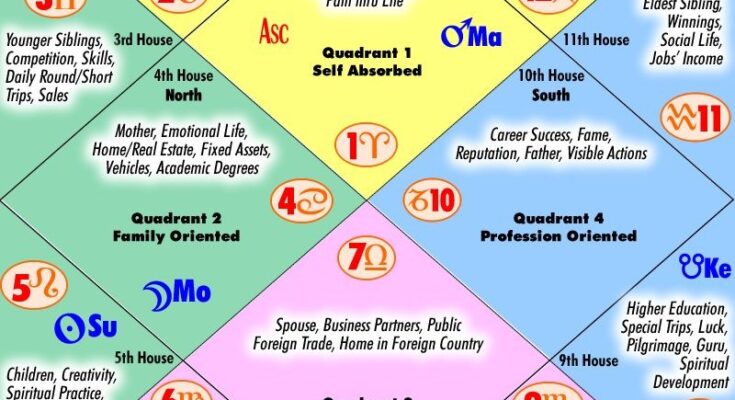 In Vedic Astrology, there are nine planets, however, these nine planets are different from the planets in astronomy. The nine planets of Vedic as astrology are: Surya (Sun), Chandra (Moon), Budh (Mercury), Shukra (Venus), Mangal (Mars), Brihspati (Jupitar), Shani (Saturn), Rahu and Ketu. Rahu and Ketu are referred to as shadow planets. These planets not only affect the course of events in human life but also govern various aspects of our life.

For the purpose of astrological reading, Vedic astrology has devised a birthchart. There are 12 houses in Hindu Birth Chart. These 12 houses have their own Zodiac sign and own ruling planets. These 12 houses also govern different body parts and influence different aspects of human life. For example, the ruling planet of the first house is Sun, zodiac sign is Aries, and it governs your personality and physical structure. The first house also influences your face.

The House for Health in the Birthchart According to Hindu Astrology

Planets That Effect Health According to Hindu Astrology

All nine planets affect human health in both a positive or negative way. If the planet is strong, it will have a positive effect and if it is weak, you will have poor health. Let us exemplify. Sun governs your physical structure, thus, if the sun is strong in your birth chart, you will have good health. The weak sun might give you eye problems, headaches, heart problems, weak immune system, etc. Likewise, if the moon is in a weak position in your birth chart you are likely to suffer from problems like lung disease, a sleeping disorder, etc.

Each planet causes a certain disease according to its nature. The diseases vary according to the sign and the house the planets occupy. Hindu astrology interprets your health based on the placements of planets in the various houses, the body parts these planets govern, and the body organs these houses influence. According to Vedic astrology, the planets in the second, seventh, eighth, and eleventh houses tell about your health, especially second and seventh.

Can you actually predict about Corona Virus according to Hindu Astrology? The answer is Yes.

Now you might ask what sort of people are likely to get Corona disease? 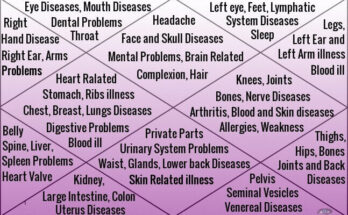 Which Planet or Planetary Combinations Can Cause You Fatal Disease

11 Comments on “What Does Hindu Astrology Say About Your Health”