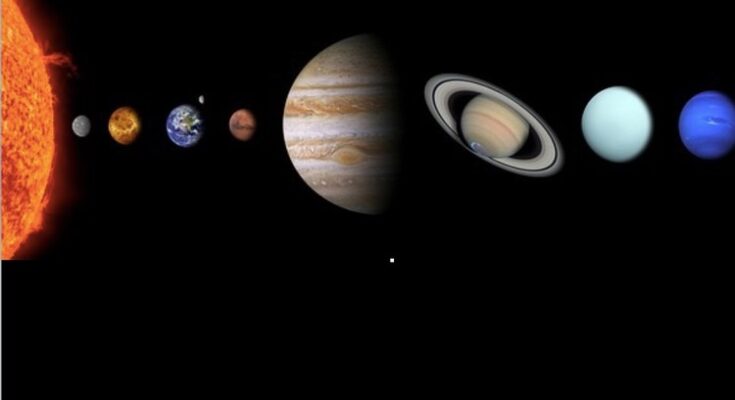 After reading the title, the first question that might be popping in your mind could be, “How celestial bodies have anything to do in people’s lives?” The whole theory of Hindu Astrology, or any astrology for that matter, is based on the fact that planets have upper hands in the events and happenings in people’s life. If that’s the case with astrology, what about science?

The planets in the solar system stay in their place due to the gravitational force, which means they are interconnected. This interconnection influence climatic and temperature changes brought by celestial events. Other planets protect the earth by stopping celestial bodies from crashing into the earth. Thus, the planets do create some sort of effects in life on the planet earth. Nonetheless, do planets actually have anything to do with the happenings and events as suggested by astrology.

It is really hard to give YES or NO answer to this question because astrology burrows a lot of principles from astronomy, yet it is also a belief system that makes predictions that do not have any scientific basis. In this article, we are trying to analyze how planets affect human life according to Hindu astrology.

The earliest reference to astrology in Hinduism is as a system to track time. The ancient Hindus used astrology to find auspicious time in order to perform various rituals. Slowly, the Hindus began using for other functions. They studied planets and stars and how these planets and starts affect human day to day life and events.

Sun, Moon, Mercury, Venus, and Jupiter are beneficent planets whereas Saturn, Mars, Rahu and Ketu are maleficent planets. Even though planets are grouped as beneficent and maleficent planets, it is their placement in the birth chart, transit, and aspect that actually determine whether these planets create favorable or unfavorable results in one’s life.

Planets are grouped as beneficent and maleficent, nevertheless, each planet has its own significance. Similarly, each house in the birth chart also has its own importance. Each planet rules certain aspect of life, for example, Venus rules relationship, Saturn rules career. Each house represents certain aspect of life, for example, the first house is your personality and the 7th house is your relationship. The planets and the houses rule everything from money matters to siblings, parents, kids, wife, friends etc. Therefore, for the interpretation purpose, it is imperative to know what each planet represents and what each house signifies.

How 9 Hindu Planets Affect Your Life

In Vedic astrology, sun represents power, position, and authority. Sun controls your ego, sense of self, and willpower. The sun rules over the sign of Leo. If the sun is strong in the birth chart of the person, he/she has a good personality, good health, and will have ability to handle difficult situations.

Mars is considered to be a war God in Greek mythology, however, in Hindu mythology, Mars is the son of Earth (not included in 9 planets, though). Even though Mars does not have any war related connotation in Vedic astrology, still, Mars is connected with military might. Strong Mars in the birth chart signify winning nature, bravery, and courage.

Mercury gives you communication skills and rational thinking. If Mercury is strong, you will excel in school, college, and university.

Often regarded as the planet of justice, Saturn is just like a teacher, who rewards his pupil who does good deeds and punishes pupil who does bad. According to Hindu astrology, the position of Saturn in the birth chart is dependent on your karma. Descendant Saturn or weak Saturn in your horoscope manes you will have to work very hard even to achieve a small results.

When Jupiter is strong, you are likely to be very intelligent and knowledgeable. When Jupiter is favorable you might be in the field of social work, teaching, spirituality, treasury, etc. Jupiter also determines your physical health

Venus is related to glamor, beauty, love, party, romance, sex, music, and dance. The position of Venus in your birth chart and cycle of Venus determines your relationship, marriage, enjoyment, etc. If you have strong Venus, it is very likely that you are very beautiful.

According to Vedic astrology, Rahu ( Lunar North Node) is a shadow planet. Rahu creates malefic effects such as laziness, obstacles, and delays. However, Rahu also symbolizes bravery, self- confidence, and fearlessness. You need to have strong Rahu in order to be successful in politics.